In our Challengers series, we interview experts in the challenger banking field, with a focus on the impact of COVID-19. In this installment, we got the chance to speak with Peter Ramsey, the founder of Built for Mars.

Hi Peter, thanks for joining us today! Let's start by maybe introducing your background and your interest in UX?

I founded and sold a fintech company, Movem, in 2018, that focused on open banking. After that, I ended up helping friends and friends of friends with products and drifted into UX auditing and analysis full time. I ended up working a lot on products in the fintech space because of my seven years of background in the area.

Having the opportunity to be a founder gave me a lot of time to try different roles. I found myself interested in the user experience side of things, exploring the interaction between everyday life and a product.

How did Built for Mars come in the picture, and what is its purpose?

I initially helped friends with their products until I found myself working with billion-dollar companies in America. I got to a stage where I thought it would be great to find a way to publish some of the work I was doing to a broader audience. I made these presentations for companies where I was highlighting areas of their products, and I realized that so many of them are making the same mistakes. I eventually decided to do some free studies and post them online to help other designers. That's how Built for Mars came to be, as a free resource to help other people.

What is the story behind the name Built for Mars?

There is this perception when you build products that you can just put stuff out there, and it will function in the real world. But what often happens is you build something that works in your office and is great, and then you put it out in the real world, and you start seeing all these issues. The whole idea behind the name 'Built for Mars' is that people should be building products that can work anywhere. In an exaggerated sense, the product should be functional even in a context as crazy as Mars.

I often use the example of cash machines. If you were to design a cash machine for a night club, where it is 3am, and everyone is drunk, the design would be quite different from a standard cash machine. Maybe you would put in a larger screen, or put the buttons further apart or change the brightness. People design the cash machine in their office, and once it is in the real world, it ends up being used in a lot of different contexts that do not entirely make sense. This is what the name is emphasizing to build a product that can work in any given context.

There is a lot of buzz about the "UX of Banking" case study you did for Build for Mars. How did you come up with this case study idea?

I had done smaller case studies previously, including one on Monzo, which did pretty well. I then thought it would be interesting if I compared the features in Monzo to Revolut and Starling. Eventually, I thought, why not compare these challenger banks to incumbents. So, I opened a bank account with twelve UK banks.

Anecdotally, when you talk about challenger banks, you think faster and easier. But this is quite difficult to actually measure. I wanted to find a way to show people through data how much better challenger banks were with their UX. As it turns out, when I spoke to the incumbent banks afterward, they were thankful. Often, they didn't realize what made Monzo better, just that it felt better. In my study, I tried to highlight why these challenger banks did feel better.

What did you find after comparing challenger banks to incumbents?

What were the unexpected takeaways you found through the experience?

There were quite a few throughout. In the first chapter, I credit all the challenger banks on their use of envelopes. The fact that Monzo sends their card out in what can only be described as a birthday card envelope really sets them apart. It visually looks, unlike a bank, creating a different experience for the customer. Monzo was also a step ahead in their customer support, which I had highlighted in the chapters.

Challenger banks have just spent a lot of time thinking about the implications of stuff and how it could be improved. They understand the tone of voice that customers want these days. The traditions banks still position themselves in a world where everyone wears suits to work, which is not the real world anymore. 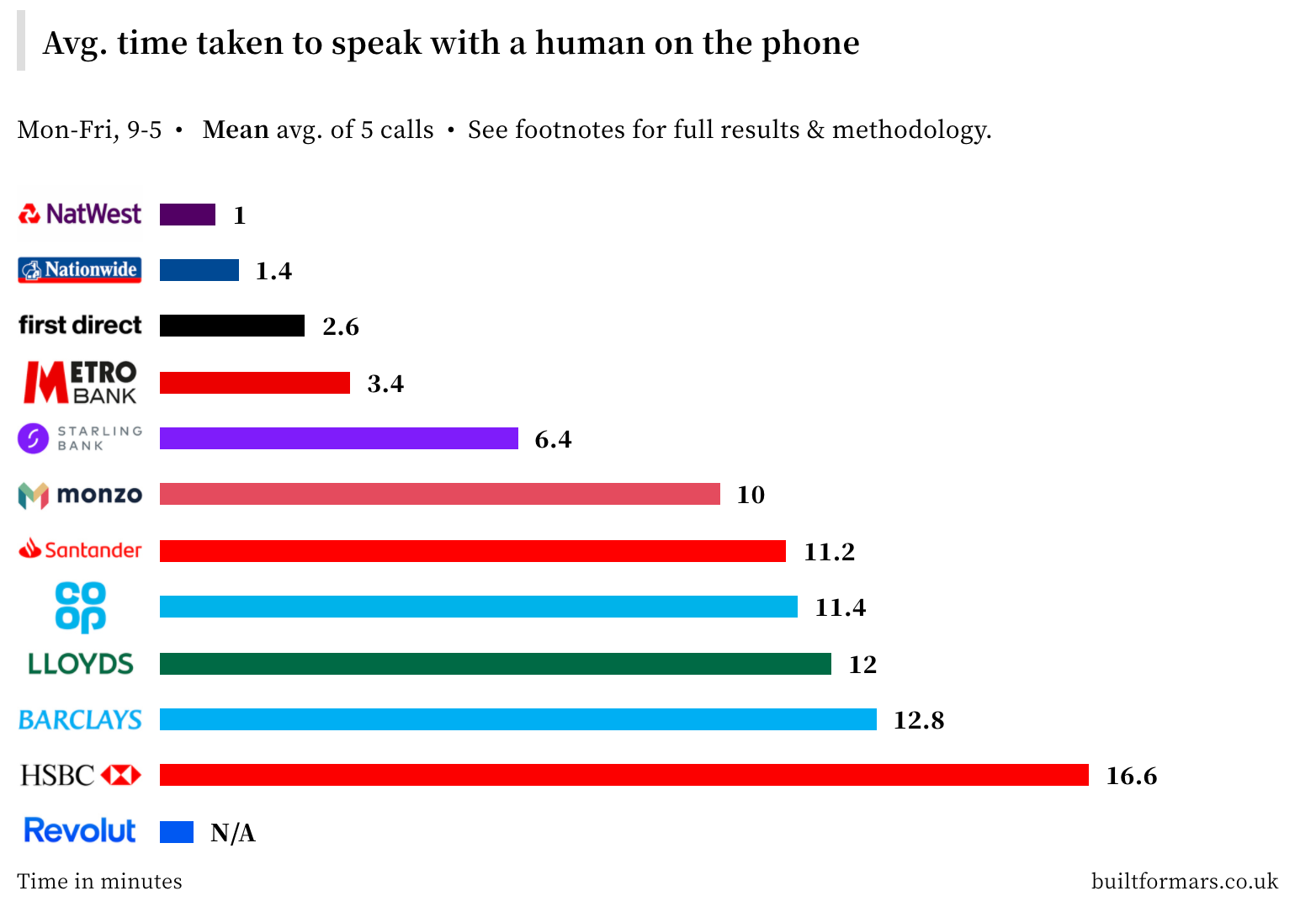 And generally, how important do you think UX is to the banking experience?

If you think back to twenty years ago, before there were apps, a physical branch was your customer experience. Someone would have thought about what the person who greets you at the door should wear, how hot the office should be, and what photos to hang on the wall. Everything at the branch had been planned out.

The world has changed in the last twenty years, and people are beginning to bank less in person and more on their phones. All the money and effort that people once poured into having the nicest high street office, now transcend into having the nicest digital experience. So, I think the experience has always mattered; the only difference is the way it is currently provided.

I did not see a final ranking of the overall UX between the banks in the study, was this intentional?

I have not ranked them intentionally because I work with some of the companies, and it would not be fair. When I judge them on the points in my study, I can give you facts. If I were to say this bank was the best suddenly, and then it turned out I worked with them, it can create an unfair view for the reader. I am considering doing a follow-up chapter talking about the changes all of the banks have made, and let the reader decide for themselves who they would find the best.

A political answer is that, of the challenger banks, Monzo and Starling were the two that stood out, and of the incumbent banks, Barclays was considerably better.

Should we expect to see incumbent banks make major digital transformations soon, then?

These banks are huge and will need a longer amount of time, so the key is attrition. Some banks will almost definitely never catch up and will be left behind. On the other hand, some incumbent banks understand they are being held back by technical debt and are working to fix the problem. They are maybe three years through a transition in which they are making their move over to something better and more manageable.

For example, Lloyds shows significant improvement, and they already have a vast footprint with so many financial products. This puts them in a position where they are only one good app away from being a Monzo killer. Monzo, on the other hand, is 500 financial services away from being able to topple Lloyds. My money, figuratively, is with these incumbent banks at the moment.

What will change in the UX of banking in the future?

I do not think there is just one area where they all need to improve quickly. As a whole, they have tackled the biggest problems. Some of these banks have obvious improvements they need to make, but primarily they all need to become just a little bit better at everything. It may not be as exciting, but I think in the next few years, the banks will look the same with just slightly better apps.

Finally, what can expect next from Built for Mars?

I am doing studies in other countries at the moment on behalf of third parties. If I can talk about them in the future, I think everyone will be impressed by the scale of some of the studies. Part of what I want to do with Built for Mars is not to put things behind a paywall. I want to take the research that usually finds its way to industry experts and merge it into something interesting to consumers, all for free.

Thank you for the great conversation, Peter! Looking forward to more interesting case studies that you will be doing for Built for Mars.

Coming soon! You can find data from Peter's The UX of Banking study within our Open Banking Tracker. 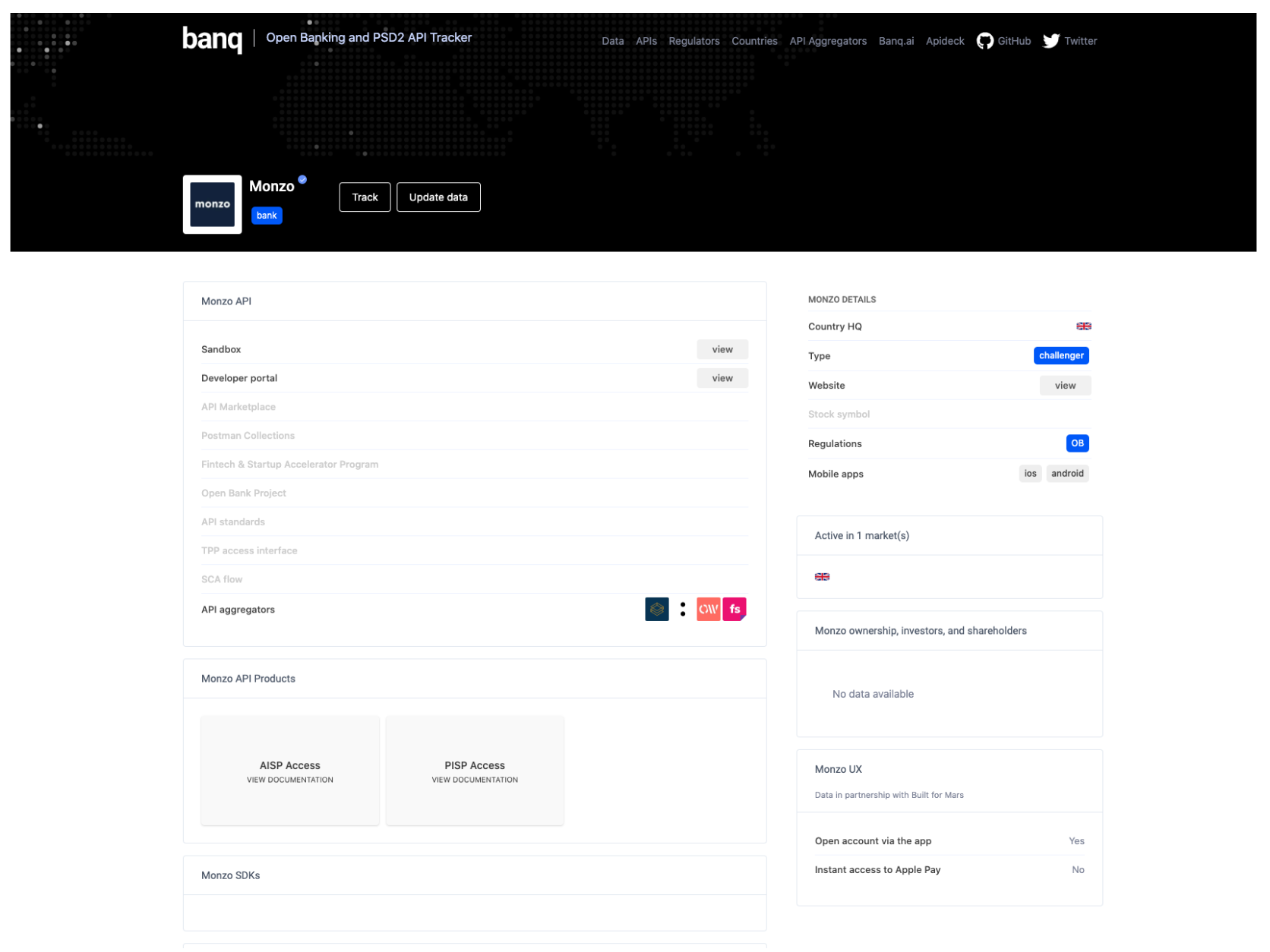