In our Challengers series, we interview experts in the challenger banking field, with a focus on the impact of COVID-19. In this installment, we got the chance to speak with Remco Veenenberg, Head of Alliances at W.UP.

Would you like to introduce yourself and your background?

I would call myself an expert in fintechs and challenger banks. I am an experienced business developer, have done several keynotes on the future of banking, and am also a mentor in several fintech accelerator programs.

One of my key interests in the fintech space is challenger banks, and I have been following the area closely over the past few years. Over the past two years, I have organized many events where the idea is to create a conversation between the real heavyweight incumbent banks, challenger banks, and fintechs, and discuss the future of banking. I worked with challengers, including Revolut, N26, Bunq, and larger banks like ING and Raiffeisen. I have also been a Revolut ambassador from their early years and have observed their evolution over the last few years.

W.UP uses data and AI to transform how banks generate digital revenue and interact with clients? Could you elaborate more on what's happening at W.UP and what your role is?

I am the Head of Alliances for the company W.UP, which works on personal banking assistance. We offer traditional banks a solution that allows them to reach out to customers with contextualized and personalized advice. We used the rise of challenger banks as an opportunity to do business with the incumbent banks. Some of the more exciting companies we have worked with include BNP Paribas and Raiffeisen.

As Head of Alliances, I am involved with forming strategic partnerships with other fintechs in the space. As W.UP is a Hungarian company, it does not have as much visibility as some of these larger fintechs in Western Europe. I work on partnering with these companies to offer complementary services to banks. We have worked together with companies like BackBase and Mambu. 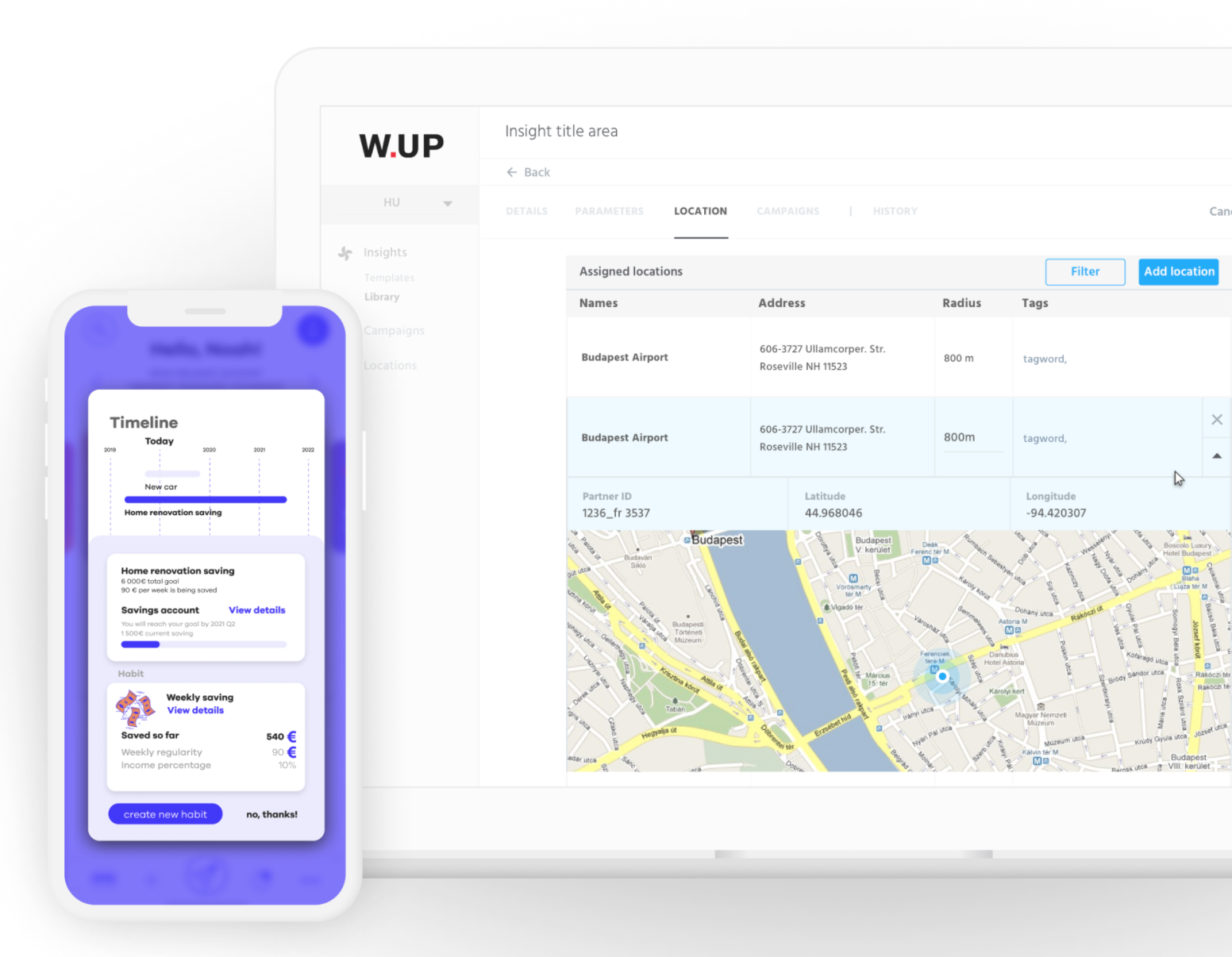 And what interested you about the challenger banking space?

One of the things that caught my attention when challenger banks first appeared a couple of years ago was their disruptive power. As a foreigner living in Budapest, I was relying on ABN AMRO as my primary bank account. I always had to deal with hidden fees, trouble to withdraw money, and to make international transfers. Even simple things like paying my landlords were troublesome.

One day, someone mentioned a meetup with a company called Revolut. At this point, they were still very new, and I had never heard of them. The Head of Business Development flew over to Budapest, and as I was sitting in that room, listening to the presentation, I realized how revolutionary the product was. I could open an account with them in five minutes. I could avoid all of these costs and fees that I have with my current bank. From one day to the next, all my banking troubles disappeared.

This is what I think technology and fintechs should be doing: optimizing people's lives.

As you mentioned, challenger banks are being used as secondary banks, or "lunchbox accounts" today. Do you ever think there will come a time where they are real competitors to traditional banks?

I think that challenger banks are on the path to be used as primary bank accounts eventually. A study in the UK looked at millennials, who tend to use fintech solutions much more than older generations, and found that 30% already use challenger banks as a primary bank account. However, this does differ across regions. For example, in the Netherlands, the penetration of fintechs is quite low, as people's trust in traditional banks remains high. If you compare the offering of both ING and Revolut in the Netherlands, there is no reason for an everyday Dutch citizen to switch over to Revolut as their primary account. If you look at other regions like Poland or Hungary, where the pain with traditional banks remains high, the number of people who use a challenger bank as the primary bank account is higher again. Additionally, many countries have regulations in place by which you can not receive your salary through challenger banks, with the UK being one exception. These differences from region to region impact how customers utilize the challenger banks.

As I had mentioned on a panel discussion with Spanish challenger bank Bnext, one way to start being utilized as a primary bank account is by offering a digital marketspace. Currently, challenger banks such as Revolut and N26 are used as payment accounts, but not for more complicated banking products. When we see these players provide the same product line as traditional banks, they will become real competitors.

There are different strategies to offer these products, for example, independently or through partnerships with other fintechs. Which direction do you see these challenger banks taking?

I believe it is the digital market space, integrating and partnering with different fintechs that will have success. Open Banking has paved the way to make this possible. Challenger banks should focus on their core competencies, user experience, and partnering with third parties to build their product offerings, which would also reduce the risk they take. You have many of these players, such as Yolt and Tink, who are already doing this.

Through the COVID-19 pandemic, the question came up on how relevant these challenger banks remain? They are much more digitally mature than incumbent banks, but they do not have the product offering that people need right now. So the question is, can challenger banks take that risk to offer these products?

The challenger banking space is quite saturated. Which regions would you say are of interest right now?

In Europe, I do not see much of an opportunity anymore for new challenger banks. The existing challenger banks all have the same product offering and excellent user experience. They now need to build a profitable business model and monetize the user base. Since COVID-19, the profitability and valuation of many of these challenger banks have dropped. Monzo, have a significant valuation drop of about 40%. Revolut has announced several new limitations on their free account to increase their premium subscription.

Most of the big European challenger banks who tried to penetrate the USA market have failed as did not get a significant market share. In Asia, huge tech giants like Alipay and Tencent offer payment and banking functions in one app. In Brazil, NuBank established a significant market share quickly because of the pain points traditional banks have. In Africa, a considerable population remains unbanked, with no access to financial services. So, it is a bit difficult to say where the next opportunity lies.

There is now a shift away from growing the customer base, and towards realizing profits. Will we be seeing many companies failing and succeeding based on the strategies they choose to follow?

We have reached a point where too many players now exist, and COVID-19 will help determine who will be the winners and losers.

Last year you could not spend a week without reading a new article on the exponential growth of customers at challenger banks. Now you do not have any of these articles anymore because nobody cares. Investors are getting anxious over the valuation of these companies and their long-term profitability. 2020 is going to be a challenging year for the challenger banks.

There was also the recent Wirecard scandal. How can we expect this to impact the fintech and challenger banking space?

It was interesting to see how some of these UK challengers, including Curve, ANNA, and Pockit, reacted. What the Wirecard scandal showed is the industry's resilience to recover quickly and effectively. Over the span of a weekend, Curve was able to resolve their problems, and Curve cards were back in business, which is remarkable! It just shows how quickly the challenger banks that rely on a more agile and more simple technology stack can adapt to changes. I do not think the Wirecard scandal sends a shockwave through consumer trust but instead shows it is a bad idea to depend on one financial institution for all your services. The scandal will wake up regulators to get tougher on fintechs and make fintechs more aware of compliance rules and regulations. 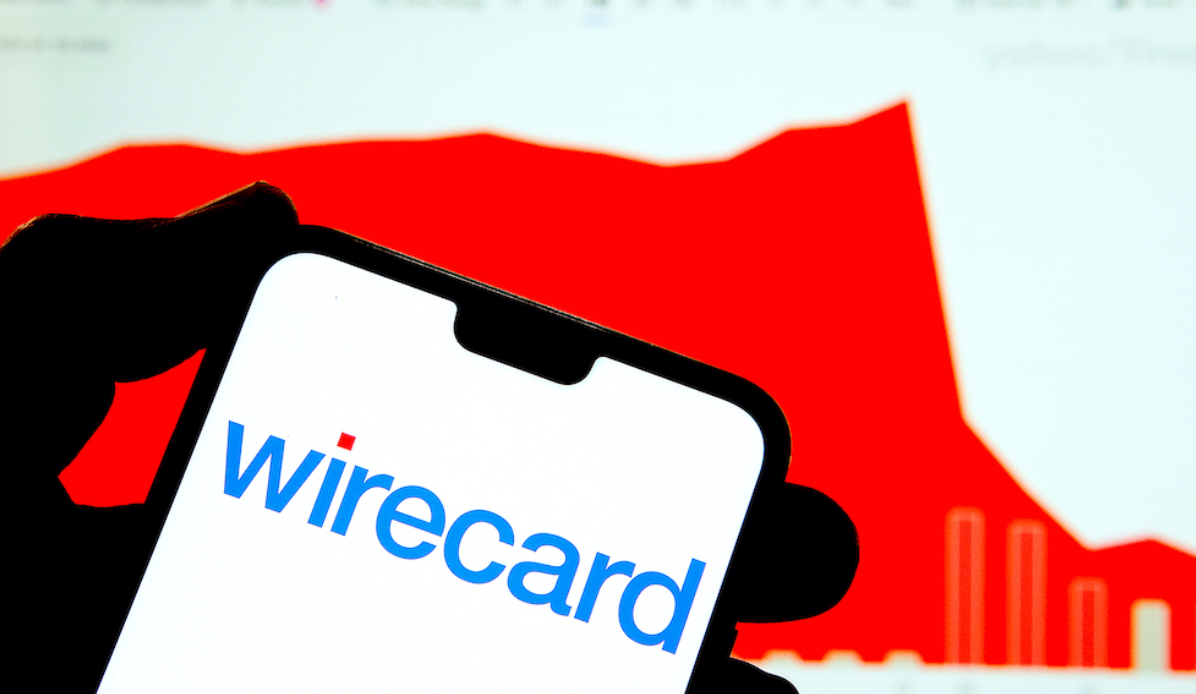 Whom would you say are key players to look at right now?

Revolut, Monzo, and N26 are ones to keep watching. Starling Bank is leading in the SME lending space, especially with the COVID-19 situation. It is interesting to follow the developments in Mexico and Brazil. Bunq, the Dutch challenger bank, has also seen considerable growth recently. Bnext from Spain appeal to Spanish-speaking millennials and are launching in Latin America. In the USA market, local competitors like Chime are good to keep an eye on.

With the COVID-19 crisis, especially, incumbent banks are seeing the importance of going digital too. Could we expect to see them become a threat for challenger banks?

COVID-19 accelerated the need for the digital transformation of the incumbent banks. I think it would even give them a unique window of opportunity to catch up with the challenger banks.

As I mentioned earlier, challenger banks still do not have the product line needed right now to combat the effects of the COVID-19 crisis. With many consumers now facing the impact of the crisis, needing loans, and paying mortgages, incumbents still hold the advantage. So, if they can, in this time, accelerate their digital transformation in such a way that their entire product offering becomes digital, then it will be a major threat for challenger banks.

There was an interesting study by Peter Ramsay from Built for Mars, which looks at the customer support offered by the challenger and incumbent banks. The results showed that the customer support at challenger banks are really poor. Revolut only replied to one of five messages, and have no calling capabilities. Whereas with traditional banks, like Barclays, responses were relatively quick. Starling Bank was, surprisingly, a leader in this area. So, there is a window of opportunity for the incumbents, as their customer service is superior, and they have products that consumers now need.

Money is trust, and through COVID-19, people feel a lot safer with incumbent banks. The banks have both the capital and ability to withstand this crisis.

Focusing on the aftermath of COVID-19, what can we expect in the short term and long term?

Overall COVID-19 will stimulate a positive change in the industry, rather than a negative.

In the short term, for challenger banks, we will see a fight for survival. They will require redefinition and restructuring of their business model and operating model. It offers them a good chance to think about how they will build an operating business model that will make them sustainable for the short term and long term. For example, Revolut, with such a wide variety of travel products, has to completely rethink how it operates as we don't expect the travel industry to fully recover soon.

In the long term, we are going to see valuation drops. Fintechs with a lousy business model will fail, and others with a good model will thrive. It will be interesting to see which companies will thrive in the post-COVID-19 economy. For incumbent banks, I am not sure if a lot will change. Some smaller banks that do not innovate will go out of business, leading to more competition for fewer players.

COVID-19 has also accelerated the disruption of financial services, which will prompt big tech companies like Amazon to consider entering the field. It will be interesting to see which of today's incumbents and fintechs will still lead the industry five years from now.

Thank you Remco for a great conversation and your insights in what's coming up next in the challenger banking space!